Where Have All the Brown Clients Gone?

Is Psychology another instrument of social oppression? The grave clinical necessity to tread lightly

In order to provide multicultural counseling and psychotherapeutic services that are efficient and responsible, a clinician must seek to understand the myriad of worldviews and life experiences specific to the diverse men and women in the United States. A well-informed mental health practitioner should be familiar with the jarring—oftentimes dismissed realities of racism, sexism, and homophobia that preclude the overall psychological progress and livelihood of marginalized groups. My daily professional interactions sadly confirm the fact that people of color seem to underutilize traditional mental health services.

Those familiar with the many facets of multicultural counseling are aware of the fact that for decades minority persons have viewed mental health practitioners as grand inquisitors who are out of touch and far removed from their everyday reality. Practitioners and clinicians oftentimes must adorn the bad rap of “guilty until proven innocent” as a direct result of a deleterious legacy of mental health practices devaluing certain societal groups. Practitioners are then lumped into every other classification of professionals who serve and represent systems that perpetuate oppression, thus nowhere near any solutions involving inclusivity—let alone equity. As an avid learner and Black millennial social scientist, I believe it is my responsibility to help raise collective consciousness and group esteem among persons of color in relation to mental health.

As a resident of the Philadelphia suburbs, it comes as no surprise that I can turn to virtually any of the four major news stations on any given day of the week to find the alarming rate of psychological distress evading minority communities. With roughly 566 mental health agencies within the city of Philadelphia alone, one cannot help but wonder if therapeutic treatment techniques work, why are the culturally diverse populations not working them? What I was seeing and hearing on the news evoked a personal quest to parse together some sort of explanation that could mitigate this disconnect between diverse persons and the lack of utilization of certain clinical services.

In the field of psychology, the ability to self-disclose or to share one’s deepest aspects of one’s life and thoughts is used as the litmus of mental health and wellness. Parham’s (2002) research suggests that minorities are initially reluctant to self-disclose and therefore are automatically judged as unhealthy and paranoid. I decided to take my questions to the streets in efforts to gather qualitative data that could hopefully begin answering my initial question, where have all the brown clients gone? I wanted to see if in fact the psychological conditions of minority groups are directly related to their historically oppressed position here in the US.

I had the distinct pleasure of interviewing different genders and people of all ages, races, and walks of life. Some were rich, others poor, some were college educated, others barely completed high school. I spoke with African-Americans, Asian Americans, Sikh-Americans, earnestly trying to discover what natives and first generation Americans thought about psychotherapy and whether or not they deemed it trustworthy—let alone useful. The results were eye opening and the feedback astounding. Each interviewee arrived at the same consensus—the premise of talk therapy is to obtain support, encouragement, and to get the necessary help to gain insight or feel better. They viewed the therapeutic process as a professional “nudge in the right direction,” something that is necessary when a person is incapable of solving problems independently.

Of the participants surveyed, less than half have ever voluntarily sought treatment. When I asked if they viewed professional counseling as something helpful for minority populations, the answer was a resounding “yes” across the board. According to one interviewee, “Minority individuals may be in greater need of assistance for cases of family problems and domestic violence.” Another noted that, “Being a minority person is a constant traumatic experience…the cultural resilience and self-care practices that we have used to self-medicate the pain of being black or a woman, or LGBTQ, or a Muslim in a social environment that is traditionally marginalizing requires mental health intervention of optimal human development.”

Several younger interviewees revealed they neglected to seek the treatment they knew in their heart of hearts they needed out of fear of what their elders might think. Most of their parents and grandparents never sought psychological help in times of crisis or grief so why would they? Dread of what the elders might say in addition to the stigma that exists within certain communities of color seemed to be two significant barriers to treatment.

A millennial of Asian heritage informed me that the notion of therapy connotes shame and dishonor as a personal affront. She spoke candidly about matters of shame, “Neither generation of my family would consider [therapy] because our motto has been, ‘families are to solve their own problems within their own home.’ So the idea of a stranger—let alone a friend or distant relative knowing about the problems of a family would bring feelings of shame and indecency to the situation,” she explained.

Those of the baby boomer generation I spoke with had never gone to therapy and implied that being a person of color attributes to difficulty in asking for help because of the deep-seated fear of being perceived as “crazy” by the majority. In the event my interviewees ever do decide to take the therapeutic plunge, I was curious to know what they would need from a clinician. What are those must- have or non-negotiable factors when it comes to baring their souls to a stranger who may or may not share the same skin tone or ethnic background as them? All of the interviewees stated that they would want their therapist to take familial background, religion, culture, and financial status into consideration. Additionally, this ideal helper would be well versed in grief work and promote fair and equal treatment in every session.

After lots of reading and talking to people, I soon realized that culturally diverse people just want to feel safe and accepted. They are looking for someone who is culturally competent and versed in the sociopolitical lives of marginalized populations—Beneath all the trepidation and fear of shame the questions longing to be answered are, Can you relate to me? Do you see me? Can we maintain this clinical relationship without you judging me? Will you promise not to hurt me like the last person in authority?

It’s about human connectedness and meeting people where they are and extending understanding. Based on my research experience, it may take time to open up and divulge the inner workings of what one’s experience has been as a person of color in America—and rightfully so. From what I am experiencing more and more in my own practice, a truly well informed practitioner who seeks to work with diverse populations must know a thing or two about both multiculturalism and trauma. I say trauma because being a minority person can oftentimes be traumatizing in and of itself. We must keep in mind that any behavior that is differentiated from the White-Middle class norm is automatically labeled pathological or ill. Thus, being true to one’s culture by not assimilating tends to work against people. The problems minorities face in regards to therapy are not always intrinsic—e.g., racial inferiority and a flawed value system.

After gathering the data and listening to many voices, my contention is that these missing brown clients I initially set out to look for were never actually missing—no they never went anywhere or disappeared. The brown clients I found myself secretly looking for in the waiting rooms of suburban agencies have been present all along. They were in my neighborhood, regulars at my church, running parallel to my own circle of friends, and gorgeously dispersed throughout every Pennsylvania neighborhood. I was the one who failed to look closely enough. I will never forget what one of my professors at Penn once told me. She said, “Chimere, as a counselor, your job is to always advocate!” This article will serve as the impetus for me to become all the more intentional about being a social justice clinician. One who lovingly avails herself in order to see more faces, seeks more stories, and asks grittier questions in order to create the aforementioned desired space and level of professionalism so many were courageous enough to desire. If myself and other clinicians seek to actively build it, they will come. 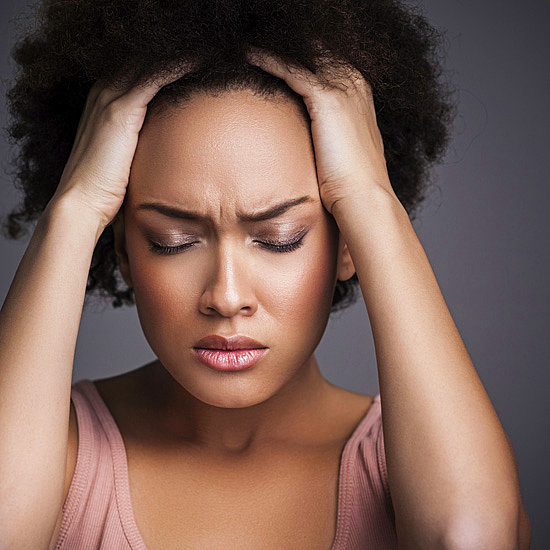