Minding our Mental Health After the Attack on the Capitol

Several weeks have passed since pro-Trump extremists blindsided the nation in a coup attempt in protest against the 2020 election results. The siege left an indelible stain on the memory of most Americans. Millions watched on their televisions, computers, and smartphones, as violence erupted on the nation’s Capitol leaving four people dead. The politically incited attack left many people vicariously traumatized and bereft of peace and security. Today, people from all walks of life are attempting to navigate yet another horrendous public tragedy and obstruction of justice. As if COVID-19 wasn’t enough, now the pandemic and political divide represent ubiquitous threats to our American psyche. People have been feeling cautiously optimistic about the COVID vaccine rollout and for the forthcoming inauguration and transition of power. As a therapist working with men and women with various mental health challenges, the collective malaise felt just days following the deplorable act of the riotous mob was palpable leaving a psychological impact that will be long lasting.

Tension, frustration, and feelings of disgust mounted by the minute. People struggling with anxiety, depression, and trauma noted that not only did their symptoms increase as of January 6, but they were also starting to lose hope in a better New Year. Sadly, the events at the Capitol followed by ongoing hyper-vigilance and heightened security measures across the nation have exacerbated an already fragile American psyche. During trying times such as these, we must take into account the emotional well being of those who have a history of mental illness and/or substance abuse.

While the horror and uncertainties of the ongoing pandemic continue to take a toll on the mental health of millions, public assaults such as that on the Capitol can easily trigger trauma victims—namely trauma survivors and Black people. Many people of color feel traumatized after watching white, pro-Trump rioters raid the Capitol because of the explicit bias and policing double standard that was broadcast on news programs and social media feeds for hours without end. I found that many of my white clients were incredibly outraged and disappointed in the actions of the nationalists. They asked me, “Can you imagine what would have happened if those people rioting were Black?” Meanwhile, I am thinking to myself, ‘that’s a rhetorical question right!’ Had the rioters been people of color, they would not have made it past the steps of the building without getting shot, injured, or killed.

This incident unabashedly publicized the hostility, abuse, mishandling, and harsh police brutality that Black men and women face on a regular basis. Several social media sites did a beautiful job in reposting the police response toward peaceful Black Lives Matter demonstrators last summer compared with the passive and sadly, condoning stance toward the white pro-Trump rioters. Let’s be real, could a Black or brown person ever successfully scale the walls of a the Capitol building, break into Speaker Pelosi’s office, have the audacity to put his feet up on her desk and brazenly take a photo of it? Could a Black man storm the Capitol building and get past armed forces, let alone take a selfie with one of the building security guards? I think not! If anyone ever doubted or refused to acknowledge that racism still exists and that there are two different Americas, the proof of privilege and double standard is in the photos.

So how does one move on from here and safely adhere to their mental health? It is important to know the signs. First, give yourself some grace if you felt “off,” overwhelmed, outraged, or extra discouraged for several days following the coup. If several weeks go by and you feel like your sleep and appetite are off kilter, these could be signs you are experiencing some level of anxiety or depression. It may be telling if you are isolating from friends and family members, doom scrolling on social media for hours on end, or experiencing an uptick in negative and catastrophic thoughts. If you are naturally an optimistic person, but are experiencing an onset of negative emotions and thoughts, be ware.

Keep in mind that the body always keeps the score. If you start noticing unusual somatic symptoms such as tightness in chest, headaches, heart-palpitations, sore joints, muscle pain, shortness of breath, or an upset stomach, you may be experiencing physical ramifications of anxiety and stress. It is also important to be mindful of over-eating, and excessive alcohol use during such tumultuous times. These behaviors are meant to numb the pain and serve as a distraction to intolerable feelings incited by the current events. Sadly, they can easily morph into long-term, self-destructive behaviors. Self-medicating may be a temporary fix and increased recreational substance use or compulsive online shopping may feel good momentarily, but each comes with their own set of additional challenges.

People need to be mindful of the cycle of chronic stress, as nearly 78% of Americans report that the COVID-19 pandemic serves as the primary source of stress in their lives. Threats of contracting the virus and the potential threat of a civil war during the inauguration can wreak havoc on the body’s nervous system. Psychological trauma undoubtedly yields long-lasting harm to both mind and body. It will be important to take a social media fast and give yourself 24-hour breaks from time-to-time to alleviate inevitable feelings of hopelessness and fear. Part of the reason people feel all the more enraged and helpless is because of the dismal content they are habitually taking in every hour on the hour. During these divisive and bleak times that we are facing, it is critical for people to put their energy and time into the things they can control. Look for those little things that make a big impact. Do whatever you can to help yourself feel good each day. Discover what is in your locus of control by practicing mindfulness, reaching out to love ones, walking outside to soak up some sun and fresh air (just make sure you have your mask on!), eating balanced meals, and getting regular sleep.

Don’t be afraid to seek out professional help. Mental health professionals are here to help you mind your mental health in such stark and challenging times. There is no time like the present to tap into professional, emotional support via online therapy groups or remote individual therapy sessions. 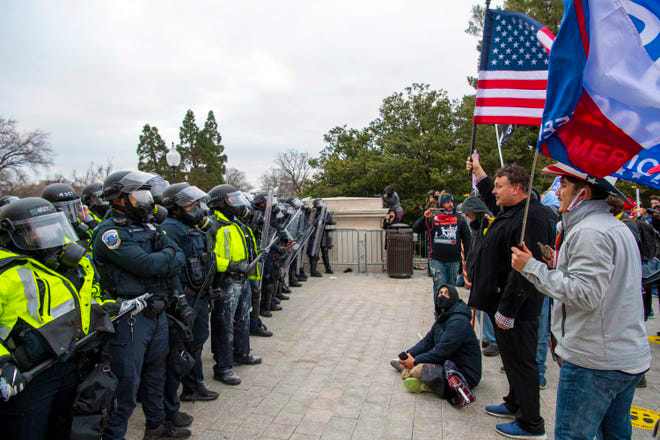